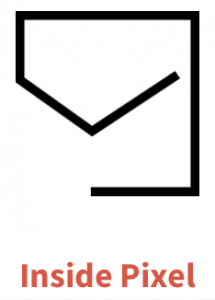 Life as we know it has changed in the last few months. It started as something that was only happening in China to something that’s keeping us all awake at night and concerned. Some said it was inevitable; that, sooner or later, something like this would happen. 14 years ago, Larry Brilliant, the epidemiologist who helped eradicate smallpox, described to a TED audience what the next pandemic would look like. At the time, it sounded almost too horrible to take it seriously.

We’re not facing the end of the human race, but what everyone failed to predict were the human and economic consequences of such an impactful event. Research, medicine and, unfortunately, even some lives will help us overcome this situation and build a better world, based on our learnings from our previous errors.

However, once we are back to our daily lives – even before that – we will face a new economic reality. Right now, our lives and markets are frozen still. As USV founder Fred Wilson noted, while all assets are probably subject to a sell-off in a crisis, the market begins sorting winners and losers fast.

It’s time to look at this atypical situation as an opportunity to change, to start creating and implementing solutions that we wouldn’t dare to think about before in such a globalized, interconnected, fast-paced world. Let’s take the time we have been given to reinvent ourselves and face a new market reality.

A brief look at the world
Tribe Capital warns that a downturn can take years of cascading developments to fully express itself, if we consider similar past events. The international issues that have marked 2020 so far led to a spike in market volatility leading the S&P 500 declining 30% from its peak in just 16 days. In the 2008 debt crisis, it took 350 days to decline almost 60% from its peak and it still didn’t bottom out for another 200 days.

While ones are experiencing the need to dismiss their employees, others like Amazon or Walmart are surfing the wave and foreseeing the possibilities ahead of them. This tech giant announced plans to make 100 thousand new hires for its logistics operations and the Walmart is hiring another 150 thousand. Moreover, specifically in venture capital, there are new attempts emerging to counter the panic by mediating between firms still cutting checks and the companies that need the money. A new program called Luma Launch out of LA has already gathered 400 names of investors seeking activity. There is a sense of irony, however… because Luma itself will not be among those investing…

There is more than one voice advising to prepare for tougher times, so investors are slowing down their analysis of new opportunities whilst reaching their portfolio companies with important recommendations to keep their businesses sound. Priyamvada Mathur lists the need to cut unnecessary expenses to extend cash runway, expand the customer base, be sure to have a dependable board of directors and, at last, but not least, how to become a great storyteller about how the company is successfully solving a problem…

Redpoint Ventures’ managing director Tomasz Tunguz also leaves six startup disciplines for challenging times, including the focus of the team: while sales teams need to keep pipelines primed by wooing existing customers, CEOs need to think about transitioning from management to leadership roles. Sequoia also warns their founders and CEO’s for the effects of Coronavirus, the black swan of 2020: some companies may experience softening demand; some may face supply challenges. While the Federal Reserve and other central banks can cut interest rates, monetary policy may prove a blunt tool in alleviating the economic ramifications of this global health crisis

We don’t know exactly what that world will look like – although Sequoia has published a matrix with several economic macro scenarios -, we can imagine some of it. Basically, take the trends that were already in motion and hit the fast-forward button. Virtualization of events, activities, and interactions – the MIT Technology Review says that social distancing is here to stay for much more than a few weeks. Automation of processes and services. Political and economic decentralization. “Now is the time when we need to think about what we would like the new world to look like, and start planning for it and building it”

What do the numbers say? CB Insights sees a 16% quarterly decline coming in Q1’20 – second only to the 36% fall between Q2’12 and Q3’12 – and it is expected to decrease even more in the next quarter. While the analysts at Pitchbook see COVID-19 as, at least in part, exacerbating old trends. Sustainability and profitability, which are quintessential to surviving any downturn, had re-entered the VC lexicon no later than the WeWork debacle. The founder-friendliness in term sheets had already taken a blow, with investors simply demanding more, and that should be expected to continue. Exits, which had already receded somewhat after the IPO frenzy, will also fall again; despite SoftBank’s considerations mentioned above, many firms will also probably be less than willing to sell assets at lower valuations. At the same time, there is no lack of potential dry powder, so even with fewer exit possibilities, investments will probably not be hit in the same way as in 2008

A moment to enhance the Portuguese entrepreneurs

Some Portuguese startups, among them some of our portfolio companies, such as Jscrambler, Probely, Automaise, Taikai, Reckon.ai, or EatTasty, are taking efforts to become even more relevant and put their know-how and solutions at the service of the society and health entities. We’re proud to see that when needed, there’s no competition