A shortlist of things I read, saw and heard in these last days…

Goodbye and good riddance to 2020! Read about the expected trends for 2021!

Crypto is growing – one trillion and counting

Cloudflare reviewing 2020 with great fashion and a lot of intel

I finally finished a podcast about superhuman and now I have a dilema… I want to try out it!

A great podcast from the knowledge project, interviewing the CEO of Automatic and one of the fathers of WordPress

Singapore – a place I have to visit ASAP

A nice tech crunch article about the Portuguese startup ecosystem

“I just try and avoid being stupid. I have a way of handling a lot of problems. I put them on what I call my too-hard pile. Then I just leave them there. I’m not trying to succeed in my too-hard pile.”

(in this at Caltech from last week. Complement with this talk on the Psychology of Human Misjudgment)

2020 best of The Knowledge Project that I dearly recommend.

it has helped me fight insomnia, as well 😉 (true story)

One of the best ways to learn is a good conversation.

While there are many advantages to a good conversation, perhaps the best is that you can benefit from the lessons that other people have already paid the price for. Of course, that’s not all. Good conversations can also offer a new way to interpret your past experiences, discover something new, and remind us of something we already know.

A good conversation updates the software in your brain. But not all updates are the same. Learning more isn’t simply a matter of having more conversations, but rather getting more out of each conversation that you are apart of. Deep conversations with ‘people that do’ offer the richest source of learning. Conversations that skim the surface, on the other hand, only offer the illusion of learning.

With that in mind, we’d like to invite you to join us in the top conversations we had on The Knowledge Project in 2020.

It’s time to listen and learn.

Honorary mention to Derek Sivers: Innovation Versus Imitation [The Knowledge Project Ep. #88], who was only 131 downloads away from making the list.

In other news this year, we released a TKP youtube channel with full-length videos of our conversations so you can see the guest, as well as a “Clips” channel, where we are building the world’s best repository of nugget-sized information you can use in work and life.

I’ve been trying more intensively in the last months to factor this in my day-to-day routines. With some success, actually!

This is a good read from a cool newsletter and podcast (The Knowledge Project) done by Farnam Street:

Habits are the compound interest of self-improvement. The same way that money multiplies through compound interest, the effects of your habits multiply as you repeat them. They seem to make little difference on any given day and yet the impact they deliver over the months and years can be enormous. It is only when looking back two, five, or perhaps ten years later that the value of good habits and the cost of bad ones becomes strikingly apparent. 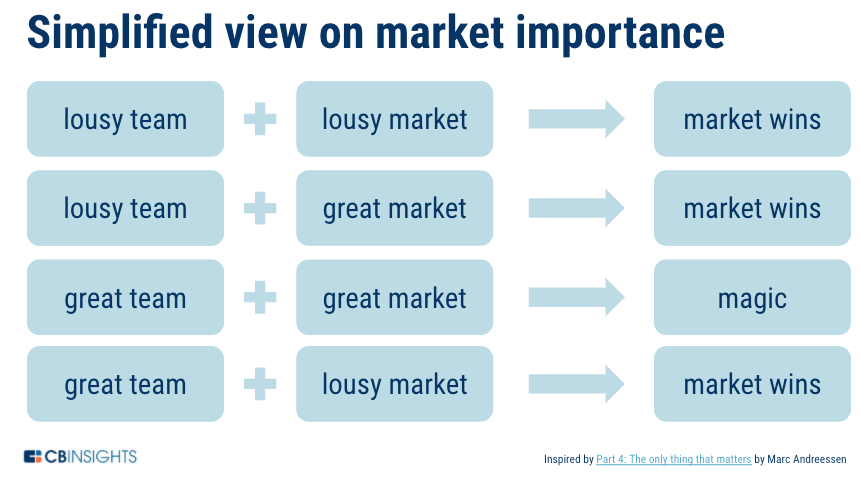 Opinions vary quite a bit among both operators & investors, with technology investors tending to have the most divergent (and strongest) opinions.

Many investors say they don’t look at TAM for new markets, because it’s often too small or undefined to even be interesting or valuable. In these cases, doing any sort of TAM analysis is actually misleading and will make you overlook opportunities. What was the TAM for something like Airbnb (couch surfing) or Amazon (books) when they started?

On the flip side are many investors who view the market as critical and perhaps the top dimension when evaluating a company. 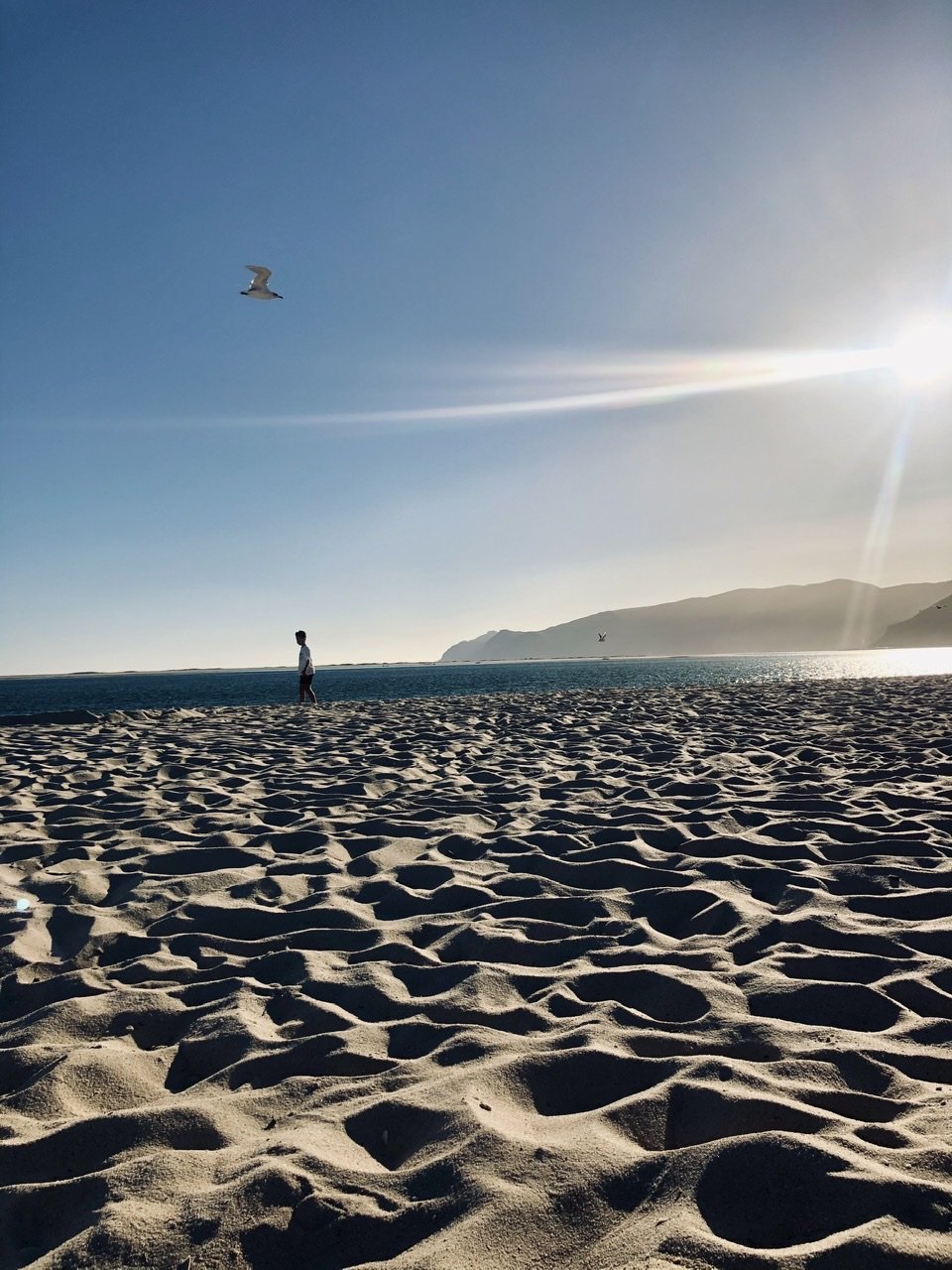 A year to remember

In between, in suspension and Intune

A very detailed and relevant method of assessing the value of SaaS public companies. Worth a read. 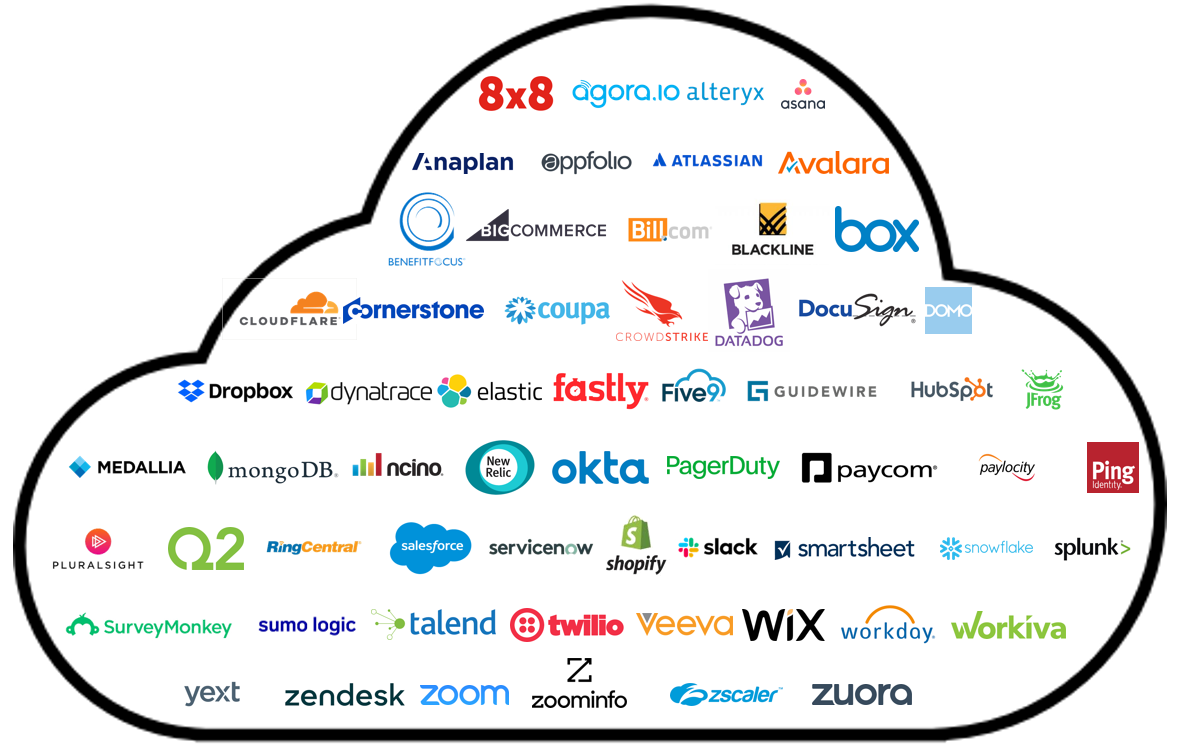 “Q3 earnings season for cloud businesses is now behind us. The 61 companies that I’ll discuss here (which is not an exhaustive list, but is still comprehensive) all reported quarterly earnings sometime between October 26 – December 9. New additions to the analysis from Q2 include Snowflake, Asana, JFrog, and Sumo Logic.  In this post, I’ll take a data-driven approach in evaluating the overall group’s performance, and highlight individual standouts along the way. As a venture capitalist, I naturally cater my analysis through the lens of a private investor. Over my ~4.5 years at Redpoint Ventures, I’ve had the opportunity to meet with hundreds of entrepreneurs who are all building special companies. Through these interactions, I’ve built up mental benchmarks for metrics on which I place extra emphasis. My hope is that this analysis can provide startup entrepreneurs with a framework for how to manage their businesses around SaaS metrics (e.g., net retention and CAC payback).”

This a good example!

Liberis, the U.K.-based fintech that provides finance for small businesses as an alternative to a traditional bank loan or extended overdraft, has replenished its own coffers with £70 million in funding. The round is a mixture of debt and venture debt, although the company is declining to disclose the percentage split, so we can likely chalk this up as mostly debt to fund the loans Liberis issues.

Providing the financing are previous backers British Business Investments, Paragon Bank and BCI Europe, along with new partner Silicon Valley Bank  (SVB). It brings the total funding raised by Liberis  to £200 million, including more than £50 million in equity funding. “The new funds will be used to fuel company growth, launch new products and markets, and provide additional customer financing solutions,” says the fintech.

To date, 2007-founded Liberis has provided over £500 million in financing to 16,000 SMEs across Europe, the U.S. and the U.K. (the product is available in five new countries: U.S., Finland, Sweden, Czech Republic and Slovakia). However, lending has really picked up lately, with £250 million lent in the past two years alone.

AI is here to stay and improve over time

We used recently GPT2, an old version of an algorithm to automatically generate text with just a little bit of context.

Just have a look at the poems it wrote on behalf of Elon Musk using the peculiar style of Dr. Seuss!

Link to the original thing

And another cool link as well

Here’s a poem by Dr. Seuss about Elon Musk launching rockets with SpaceX, building electric cars at Tesla, selling flame throwers, dating Grimes, fighting the SEC, crushing short sellers, building brain chips to fight AI, and colonizing mars, and tweeting at all hours of day and night. Musk wants to make humans interplanetary to prevent extinction. The poem rhymes every other line with an ABAB structure. The rhyme structure is typical of Dr. Seuss nursery rhymes.

Elon Musk
By Dr. Seuss
Once there was a man
who really was a Musk.
He liked to build robots
and rocket ships and such.

They sell cool cars
that are electric and clean.
And then he wanted to go
even farther, you see.

The first Tesla, Roadster,
Was just the start of a bigger dream.
He said, “I’m building a plane
that’s electric and green.

That’s not all!
That man is also a Musk.
He likes electric cars,
flamethrowers, tunnels, and such.

But then he thought, “If we make
a very small, small chip,
We’ll implant it in our heads,
And then connect our minds to the Internet!”

But then, in his haste,
he got into a fight.
He had some emails that he sent
that weren’t quite polite.

The SEC said, “Musk,
your tweets are a blight.
They really could cost you your job,
if you don’t stop
all this tweeting at night.”

He replied, “Well, I do tweet
and it’s really quite neat.
and I’ll tweet in a while
and send you some sweet treats.”

But the SEC said, “Nay,
You can’t tweet anymore.
We’ll see you in court,
and you’ll pay a fine,
for the tweets that you wrote.”

Then Musk cried, “Why?
The tweets I wrote are not mean,
I don’t use all-caps
and I’m sure that my tweets are clean.”

“But your tweets can move markets
and that’s why we’re sore.
You may be a genius
and a billionaire,
but that doesn’t give you the right to be a bore!”

Then Elon Musk said,
“You’re not much fun.
And I don’t want to sue.
But I’ll tell you what I’ll do.
I’ll send my Mars Rovers
to red planet you.”

But then he thought, “But I don’t
want to start a fight.
Instead, I’ll just stick to building my cars
and launching rockets at night.”

And that’s what he did.
And the SEC said, “Fine.”
And Elon Musk said, “OK.
And the market was
A bit worried that day.
But the price of Tesla
Went up that same old way.

So you see,
Musk is just fine,
If you can ignore all the hype.
But if you trade Tesla,
The tweets might give you a fright.

But Tesla’s still going up
With each tweet and each post.
The shorts are getting so mad
That they’re going to burst!

And now Musk is building a spaceship
that can take us to Mars.
And he’ll soon be launching
some satellites to the stars.

And then we’ll really be
Interplanetary for sure.
And Musk’s tweets will continue
In space and on Earth.