Skip to content
Well… week one of 2022 was nice… 😉
#1 Yuval Harari explained why humanity is far from helpless. Vaccines are great. Epidemics are no longer uncontrollable forces of nature. Science is great! 😉 Covid also has underlined the power of information technology. Another remarkable thing about the Covid is that the internet didn’t break. As humanity automates, digitalises and shifts activities online, it exposes us to new dangers – potential digital infrastructure crashes (our next “covid”) or even future digital dictatorships! Science cannot replace politics – and it is a pity… Our scientific achievements have placed an enormous responsibility on the shoulders of politicians – a lot of them have failed us… One reason for the gap between scientific success and political failure is that scientists co-operated globally, whereas politicians tended to feud…
#2 It seems that the bubble might be close to bursting. U.S. stocks finished lower Friday, and the Nasdaq Composite booked its worst week since February 2021…Will we get a bit more time on this crazy ride?
#3 But… how can we start another year without having some top list of trends? Expect momentum in Life Science Technologies. Really fast internet and better coverage with the expansion of 5G-6G and Satellite-Based Internet Usage. High-Performance Computing becoming mainstream, in parallel with continued growth in Artificial Intelligence, Big Data Analytics, and Cloud Computing. Internet security and privacy issues will dominate our day-to-day. The Metaverse will shine in 2022 and… NFT Platforms will Boom and Blockchain technology will prevail! The Robotics sector will also become more prevalent. And last, but not least… there will be an increased urgency in the Renewable Energy Technology sector
One of the top photos of week 1 in 2022

AI is here to stay and improve over time

We used recently GPT2, an old version of an algorithm to automatically generate text with just a little bit of context.

Just have a look at the poems it wrote on behalf of Elon Musk using the peculiar style of Dr. Seuss!

Link to the original thing

And another cool link as well

Here’s a poem by Dr. Seuss about Elon Musk launching rockets with SpaceX, building electric cars at Tesla, selling flame throwers, dating Grimes, fighting the SEC, crushing short sellers, building brain chips to fight AI, and colonizing mars, and tweeting at all hours of day and night. Musk wants to make humans interplanetary to prevent extinction. The poem rhymes every other line with an ABAB structure. The rhyme structure is typical of Dr. Seuss nursery rhymes.

Elon Musk
By Dr. Seuss
Once there was a man
who really was a Musk.
He liked to build robots
and rocket ships and such.

They sell cool cars
that are electric and clean.
And then he wanted to go
even farther, you see.

The first Tesla, Roadster,
Was just the start of a bigger dream.
He said, “I’m building a plane
that’s electric and green.

That’s not all!
That man is also a Musk.
He likes electric cars,
flamethrowers, tunnels, and such.

But then he thought, “If we make
a very small, small chip,
We’ll implant it in our heads,
And then connect our minds to the Internet!”

But then, in his haste,
he got into a fight.
He had some emails that he sent
that weren’t quite polite.

The SEC said, “Musk,
your tweets are a blight.
They really could cost you your job,
if you don’t stop
all this tweeting at night.”

He replied, “Well, I do tweet
and it’s really quite neat.
and I’ll tweet in a while
and send you some sweet treats.”

But the SEC said, “Nay,
You can’t tweet anymore.
We’ll see you in court,
and you’ll pay a fine,
for the tweets that you wrote.”

Then Musk cried, “Why?
The tweets I wrote are not mean,
I don’t use all-caps
and I’m sure that my tweets are clean.”

“But your tweets can move markets
and that’s why we’re sore.
You may be a genius
and a billionaire,
but that doesn’t give you the right to be a bore!”

Then Elon Musk said,
“You’re not much fun.
And I don’t want to sue.
But I’ll tell you what I’ll do.
I’ll send my Mars Rovers
to red planet you.”

But then he thought, “But I don’t
want to start a fight.
Instead, I’ll just stick to building my cars
and launching rockets at night.”

And that’s what he did.
And the SEC said, “Fine.”
And Elon Musk said, “OK.
And the market was
A bit worried that day.
But the price of Tesla
Went up that same old way.

So you see,
Musk is just fine,
If you can ignore all the hype.
But if you trade Tesla,
The tweets might give you a fright.

But Tesla’s still going up
With each tweet and each post.
The shorts are getting so mad
That they’re going to burst!

And now Musk is building a spaceship
that can take us to Mars.
And he’ll soon be launching
some satellites to the stars.

And then we’ll really be
Interplanetary for sure.
And Musk’s tweets will continue
In space and on Earth.

END_OF_DOCUMENT_TOKEN_TO_BE_REPLACED

Nobody could phantom that 2020 would end to be one of the weirdest years of our lifetime… so far.

So, it is really hard to accept the challenge to think and write about what 2021 has in store for us.

What I write below is based on three underlying premises:
First, that the future is mostly already here.
Second, that we can all desire that next year will be hopefully a return to “normalcy”… but it’s highly likely it won’t. The world will not be the same no more.
Third, we are all suffering and just grasping from the fact that the pace of change has dramatically increased and changed gears… right in front of us. We need to hold on… for the ride.

In 2020, we had to change how we live and all thought it would be just temporary… but, next year will we have still to adapt.
In several ways, I think we fast forwarded several trends that were already creeping around us.

In 2021, we will undoubtedly have to tackle several challenges ahead of us… and there is one thing I take for granted: our lives, for the better and for the worst, will become even more digital.
Namely, due to rising environmental concerns, health related issues, generational shifts and out of sheer and practical necessity… companies and people will do a lot more things in a digital realm.

Finally, due to my role as an early stage investor, I have to try to have a stance on what might or not be a trend going forward.
For what it’s worth, here go my two cents about several key trends I believe will be picking up even more pace in the near future:

In the B2C world: digital entertainment is on the rise; online gaming and esports are becoming massive; we cannot keep up with pace of the vast array of sharing platforms that cater several niche interests; the way we buy everything is changing, and therefore, e-commerce is in constant flux; sustainability and environmentally driven decisions will impact more and more our daily actions – what we eat, wear, live and how we travel or commute; finally, above all, I feel that people are also a lot more focused on their physical and mental health and overall well-being…
(and all of this will be more and more mobile centric… simply because the zombie-like-neck-down human condition is here to stay, with everybody looking at a glowing device firmly held by one of our hands, whilst we walk pass everything around us…)

In the B2B world: “remotely-more, physically-less” working environments are here to stay; therefore, distributed cloud solutions to flexibly manage everything work process we have in our companies are on the rise; collaborative tools we be in also dire need; so will be cyber security products and services to protect ourselves and our assets from increased vulnerabilities and risks that we will all face; technology to handle contactless or unattended human interactions in customer facing services will be sought for in higher demand; hyper automation and extracting intelligence and decision making from the ever-increasing volume of accessible data is for sure an unstoppable trend.
Trends apart, on a ending positive note, 2021 will simply be what we will individually and collectively make of it!
“Every moment has to be complete in and of itself” (from Naval Ravikant: A Guide to Wealth and Happiness)

NONE OF THE PEOPLE ON THIS WEBSITE ARE REAL

Sometimes I feel old and outdated. Think of a business of selling digital being that fake real people. Well that’s a thing.

Mom, I work at a company that creates AI generated content on demand…

I am so proud of you, even if I did not understand a word that you just said… 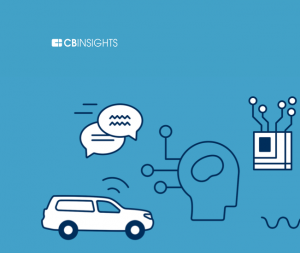 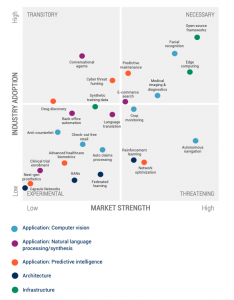 A great post from an inspiring builder studio that I had the privilege to visit some years back. before co-founding Bright Pixel.

John Borthwick, betaworks founder and CEO, just shared recent a post that I am still processing… I’ve read and re-read it a couple of times now… It’s truly worthwhile…

Next things we are thinking about at betaworks

A distributed layer of trust

Next gen mobile and compute

New ways of living and working