In this new normal, I think that marketplaces will be even more important and crucial to our collective way of living…

Thank you, Bill Gurley for a great post that now with more than one year of existence is even more relevant to read carefully at the always interesting blog called Above the Crowd!

What new marketplaces are still missing in to cater our collective needs?

Money Out of Nowhere: How Internet Marketplaces Unlock Economic Wealth

(*) Benchmark is/was an investor in companies labeled with the asterisk.

In 1776, Adam Smith released his magnum opus, An Inquiry into the Nature and Causes of the Wealth of Nations, in which he outlined his fundamental economic theories. Front and center in the book — in fact in Book 1, Chapter 1 — is his realization of the productivity improvements made possible through the “Division of Labour”:

It is the great multiplication of the production of all the different arts, in consequence of the division of labour, which occasions, in a well-governed society, that universal opulence which extends itself to the lowest ranks of the people. Every workman has a great quantity of his own work to dispose of beyond what he himself has occasion for; and every other workman being exactly in the same situation, he is enabled to exchange a great quantity of his own goods for a great quantity, or, what comes to the same thing, for the price of a great quantity of theirs. He supplies them abundantly with what they have occasion for, and they accommodate him as amply with what he has occasion for, and a general plenty diffuses itself through all the different ranks of society.

Smith identified that when men and women specialize their skills, and also importantly “trade” with one another, the end result is a rise in productivity and standard of living for everyone. In 1817, David Ricardo published On the Principles of Political Economy and Taxation where he expanded upon Smith’s work in developing the theory of Comparative Advantage. What Ricardo proved mathematically, is that if one country has simply a comparative advantage (not even an absolute one), it still is in everyone’s best interest to embrace specialization and free trade. In the end, everyone ends up in a better place. 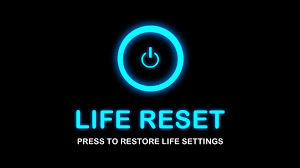 There’s a lesson somewhere in this…

Back to square one. Let’s hope this time everything will go well.

I am using archive.org to fetch my old posts… what a nightmare!