I listen a lot to Joe Rogan’s podcast

The most listened to podcast in the world. He is special. 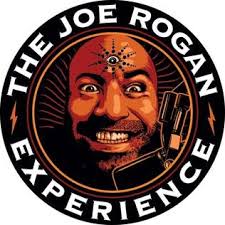 He now has closed a big deal with Spotify that will kick in by the end of this year. It seems like a great deal, but is it really?

The devil is always in the details… and this article is a great read and analysis!

Oil companies are famous for approaching hapless farmers and buying drilling rights for their properties for next to nothing.

The farmers don’t realize they are sitting on tens of millions of dollars of oil, so they accept a $50,000 one-time payment.

Until they realize that they just lost out on tens of millions of dollars of oil riches.

In September, I wrote a post about how Howard Stern is getting ripped off by Sirius. I made the case that Howard Stern is making $90 million a year when he could be making 2–3x by cutting out the middle-man and doing a subscription podcast.

In that post, I also speculated that Joe Rogan — the largest podcaster in the world — was likely a billionaire. Even though he probably didn’t realize it.

Apparently, Joe Rogan didn’t read my post. But someone else definitely did:

Daniel Ek, the CEO of Spotify, who just closed an exclusive deal with Rogan to move his show (audio and video) to the Spotify platform.

If the numbers are to be believed, it’s a steal of a deal for Spotify: for $100-$200mm they secured the largest podcast audience in the world.

I’m not exaggerating. Spotify’s market cap jumped by $3 billion in the 24h after the news of this deal broke.

The market saw what Rogan missed: Spotify took his oil.