Skip to content
In the year 41 CE, Seneca was banished by the emperor Claudius for supposedly sleeping with Julia Livilla, the sister of Caligula. We don’t know if he was completely innocent of the accusation, but we do know that the incident was hardly an exemplar of justice. The historian Suetonius tells us that Seneca’s “charge was vague and the accused was given no opportunity to defend himself.”
It was a bad break that would cost Seneca eight years of his life in exile.
In 49 CE, as Seneca tired of the burden and the distance of his punishment, he was suddenly recalled to Rome by the wife of the emperor, in order to serve as the tutor to her son. In the words of the historian Richard M. Gummere, “Fortune, whom Seneca as a Stoic often ridicules, came to his rescue.” Within a few years, he would be one of the richest men in Rome, his fame and power assured, influencing world events with the snap of his fingers.
Life is like this. It gives us bad breaks—heartbreakingly bad breaks—and it also gives us incredible lucky breaks. Sometimes the ball that should have gone in, bounces out. Sometimes the ball that had no business going in, surprises both the athlete and the crowd when it goes through the net.
When we’re going through a bad break, we should never forget Fortune’s power to redeem us. When we’re singing in the roses, we should never forget how easily and how quickly we can be humbled. Sometimes life goes your way, sometimes it doesn’t.
The only thing you can do is be ready… for either one.

listen to reason from the old Neil Young with Stand Tall 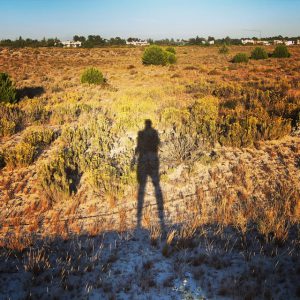